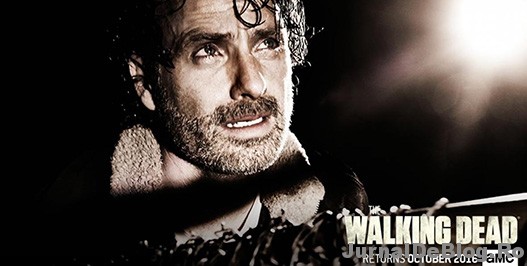 The Walking Dead Season 7: Who Does Negan Kill, How Season 7 Will Be, When this TV Series End

The Walking Dead, Season 6 has ended in a classic “what the fuck?/ what just happened? suspense mode”, along with lots and lots of “nice words” from the fans all over the world, including me.

I don’t want to keep spining the knife in the wound and make lots of speculations. I just want to tell the truth about this movie as i see it.

In this article you will find out a “Big Maybe” what will happen in The Walking Dead Season 7. If you haven’t seen the Season 6, i recommend you to not read this post, specially if you are a fan of this movie.

So, who died at the end of Season 6 of  The Walking Dead? Practically who killed that sucker Neagan and Lucille?!
If i was the writer of the script, I would punish Rick and surprise the fans by killing Michonne! And this because the entire Season 7 will be based on the choices, mistakes, ups and downs of the leader Rick.

In the last 2 seasons he was too sure of himself, he knew it all, he had the answers, so he needs to have his foots on the ground. Plus this movie, in my opinion, needs a refresh. And when i say that, i am counting on what happened in the past seasons. Often, Rick was punished with the death of the close ones, specially women who was attracted too. Lets not forget the death of his wife Lori.

So that’s why i am saying that Michonne would be the perfect victim, with the risk that this could truly be a lost for the serial. But hey, the fans need to be shaken from the ground, piss them off a bit once in a while.

How will be the Season 7 of The Walking Dead? What it will be about in this new season?

Well, Season 7 will be an intense one, full of anger, because Neagan showed up and takes control of the whole show.
This season will be, as i was saying earlier, about choices, ups and downs, regrets not only Rick’s but for every member of his group. All characters will be put in the spot light of the drama, analyzed from all the points of view.

However, the action of the Season 7 will be something like this:

Neagan will choose few members from his gang to watch over Rick, his people and the whole city of Alexandria. Rick and his gang will have to do lots of missions for Neagan. They will steal, kill, kidnap for and in his name.

But, as the writers of this serial have proven strange capacities of telling, writing, acting the story, i would not be surprised if in this season i see Rick getting closer to Negan, in a strange and hard understanding friendship. Friendship which for sure it will end badly.

Lets not forget and return to the other two members, Carol and Morgan, which seem they get away from the revenge of Negan. And these two meet, at the end of the last episode of season 6, two guys having strange armors, asking for their help. As the story will proceed we will find out that these two guys are a part of a larger group, well organized and endowed in witch the two runaways will fit in.

Later on, Morgan or Carol will return to Alexandria, will discover the truth that Rick, the group, and the entire city are under the control of the “Rescuers”, the bad guys. Then they will appeal the help of “the well organized and endowed group”.
And also, lets not forget the Jesus character, from Hilltop, witch will have an important role in this season.

So, The Walking Dead Season 7 will give us an vengeful end, which will make the fans happy and offer them “apologize” for the way Season 6 has ended.

How many series of The Walking Dead will be and when it will end?

In my opinion The Walking Dead it will end with the Season 10!

This show will be like this:
– Season 7 comes with a refresh necessary for the serial, in which Neagan will take the lead on the show. This season will be about regrets, choices and revenge.
– Season 8 will continue and finally end with a nice and intense “revenge”, going on with the “forgiveness”.
– Season 9 will be a conclusive one. In this season we will find out the ending of each character from the central group.
– And Season 10, most probably, will shows us who is guilty for this zombie apocalypse, for this virus who transform people in to zombies and the fact that Rick’s  daughter has the antivirus, the treatment, the cure for this sick world, in her blood.

And so my dear ones, be prepared! On October 23  2016 The Walking Dead is comming back with Season 7!
Oh, i almost forgot. Maggie will lose the child, probably…

amc, season 7, the walking dead, who died, who does negan kill, 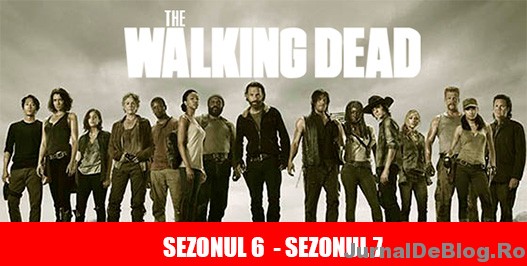